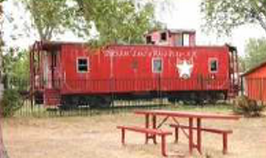 The establishment of Shepherd came through Benjamin Armistead Shepherd who founded the town after moving here in 1875. Mr. Shepherd came to this area with the Houston East and West Texas Railroad. B.A. Shepherd was born on May 14, 1814 in Fluvanna County, Virginia and died in 1891. At the age of 19 he met Sam Houston who would prove to be a lifelong friend. Mr. Shepherd was involved in many businesses during his life, some which included "Crawford & Shepherd" (1839), "Shepherd & Burke" (1842, "Houston & Galveston Navigation Company" (1865), "B.A. Shepherd & Company" (renamed "Shepherd's Bank" 1866), and "The H.E. & W.T. Railroad".

While putting a railroad through Shepherd, Mr. Shepherd, along with Frank Hardin and George W. Davis, built a house for Paul Bremond, the head of the railroad. This was the first house ever built in Shepherd.  The area on which it stands was known as "the crossroads". This was because of the trails made by the Indians living in the area. Sam Houston once met there with Chief Colita while recruiting for the Texas Revolution. Legend says that Mr. Houston carved his initials on a pecan tree which now overlooks the house. After Paul Bremond died, the house went into receivership and was known as the "Railroad House". When W.S. Dixon purchased the house in 1899, it became "The Old Dixon House". It is now called "The Tisinger House" for its previous owners, Roland and Bessie Tisinger. When they first moved in, Mrs. Tisinger named it the "Orchard House". Under that name, the house was used a a center for teaching individuals to read and to play music. The Shepherd Public Library began on the porch of the Orchard House.

Today the house remains under the historical pecan tree next to the railroad, and across from the city park, Centennial Park & Gardens, which houses the 1945 H.E. & W.T. Railroad caboose.

Text taken in part from "History of Shepherd". www.shepherdtx.org 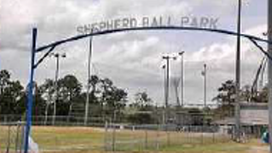